Gracie Jiu-Jitsu has proven to be the most effective and most humane system of self defense.  One in which a smaller person can defend successfully against a more athletic, bigger, stronger attacker.  This is possible is because its unique set of principles based in the philosophy of the founder of the art, Grand Master Helio Gracie.

Helio Gracie was a Brazilian martial artist who together with his brothers Oswaldo, Gastao Jr, George & Carlos Gracie founded and developed the self-defense martial art system of Gracie Jiu-Jitsu, also known as Brazilian Jiu-Jitsu. Considered as the Godfather of BJJ, according to Rorion Gracie, his father Hélio is one of the first sports heroes in Brazilian history; he was named Man of the Year in 1997 by the American martial arts publication Black Belt magazine.  A patriarch of the Gracie family, multiple members of his family have gone on to have successful careers in combat sport competition including mixed martial arts (MMA). 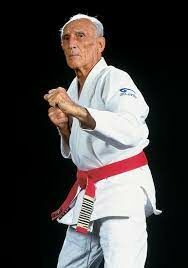 Royler Gracie is the son of Gracie Jiu jitsu Grandmaster Helio Gracie and a legend in Jiu Jitsu and submission wrestling of his own merit, having been the first “King of BJJ’s Featherweight Division” setting the record of world championships at the time. Royler Gracie also ventured in mixed martial arts (MMA) ending his career in 2006, and excelled as a coach, leading the Gracie Humaitá academy in Rio de Janeiro, developing fighters like “Megaton” Dias, Alexandre Ribeiro, Omar Salum, Renato Barreto and many others. In 2010 Royler moved to San Diego, California (USA) where he opened his own academy.  Master Royler travels to our academy annually for seminars. 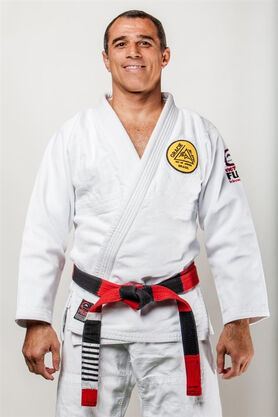 David Adiv was born and raised in Israel and his love for the Martial Arts developed early. He studied the art of Judo and went excel as a student, then a competitor, winning many international titles, and became a highly sought after Instructor. David moved to the United States and was sharing his knowledge of Martial Arts by teaching Judo. During this time period he had the fortunate opportunity to meet and train with Professor Rickson Gracie, who recognized Professor Adiv’s talents and abilities and arranged for him to get together with his brother, Professor Royler Gracie. David, the teacher now became an avid student. David studied directly under Royler and absorbed as much Jiu-Jitsu as he could. David realized the value and strength in Gracie Jiu-Jitsu and moved to Brazil to further his understanding and knowledge of the art. While training with Royler, David had the opportunity to train with all of the great instructors, competitors and students associated with Gracie Humaita. This includes Grand Master Helio Gracie, Professor Rickson Gracie, Saulo Ribeiro and many more. 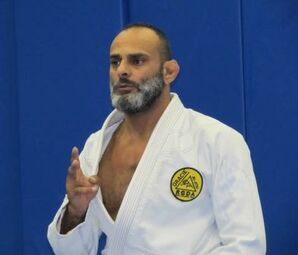 JW Wright is a Brazilian Jiu Jitsu black belt under David Adiv and Royler Gracie, being also a pioneer for this sport/martial art in USA’s Midwest region. Known for his work as a coach at the Gracie Humaita St Louis, Missouri, a gym where Wright helped develop well-known athletes such as Jena Bishop and Nick Schrock, JW has also been involved in developing the regional tournament scene through the FUJI BJJ tournament franchise. A venture he founded in partnership with Vince Anzelone, Jimmy Pedro and Lia Hatashita which quickly gained countrywide proportions. click me to edit the text or to change the way I look. You can change the font, size, color, and so much more. Professor Wright runs several seminars a year at our academy as well as Good People Great Jiutsu camps in Cozumel, Mexico and his home state of Missouri! 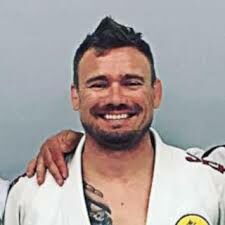